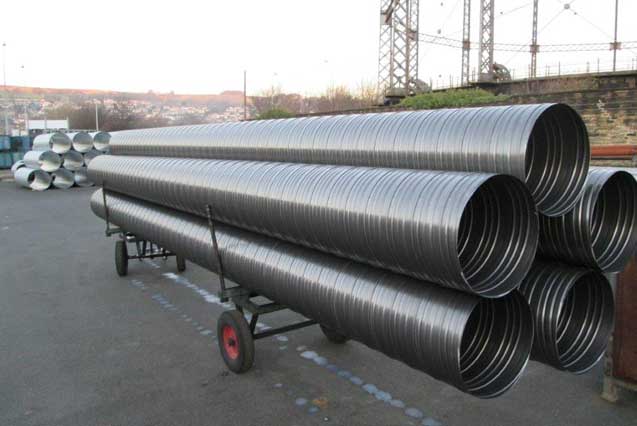 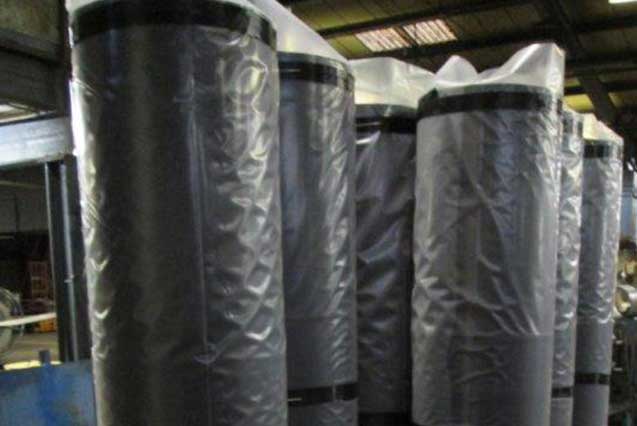 The coefficients of friction are the ratio of the actual force transmitted to the pile along its length to the calculated forces acting on the outer face of the pile (usually as predicted from soil investigations, of down drag, heave or negative skin friction). Our spiral tubes can be provided with a twin skin outer casing to reduce friction coefficients. The friction coefficient for twin plastic skins will be 0.2. For cases where very low coefficients are required, an inert, long life lubricant can be provided to form a greased sleeve wherein the friction coefficient reduces to approximately 0.1. It should be noted that the friction casings have very high chemical resistance and are inert to most reactants. The casings can therfore be used to prohibit corrosion and damp penetration to the pile.

This “twin-wall” system uses an external HDPE sleeve casing to reduce the friction co-efficient to as low as 0.2 and 0.1. The result is a unique answer to resist short term hydrostatic pressures from fresh concrete in weak surrounding soil, and long term subsoil movement, especially clay heave and negative skin friction. Uplift forces can be reduced by between 50% and 75%.

Diameters up to 2.2m readily available.

Ultra low friction coefficients down to 0.1

Uplift forces reduced between 50% and 70%

Negative skin friction reduced by 80% to 90%

Established in 1967 Wells are one of the oldest and biggest British Independents in the business and offer by far the widest range of standard and tailor-made spiral tubes in Europe. Our fourteen tube manufacturing machines enable us to produce spiral tubing in mild steel, galvanised, aluzinc, aluminium and stainless steel as standard in diameters from 41mm up to 2200mm, and in gauges from 0.4mm up to 2.5mm. This facility is backed up by an integral sheet metal work fabrication unit employing the latest CAD/CAM plasma techniques. We believe this capacity to be unrivalled in Europe, and our speed, quality of manufacture, delivery and reputation are unequalled by anyone.